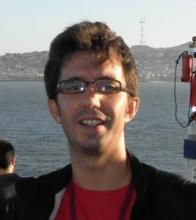 Paolo Salaris was born in Siena (Tuscany, Italy) in 1979. He received his Degree in Electrical Engineering from the University of Pisa in 2007. He got the Doctoral degree in Robotics, Automation and Bioengineering at the Research Center “E.Piaggio” of the University of Pisa in June 2011 (advisor Antonio Bicchi). He has been Visiting Scholar at Beckman Institute for Advanced Science and Technology, University of Illinois, Urbana-Champaign (US-IL) from March to October 2009, working with Seth Hutchinson. He has been a PostDoc at the Research Center “E.Piaggio” from June 2011 to January 2014, working within the robotics group headed by Antonio Bicchi and at LAAS-CNRS in Toulouse within the Gepetto Team from February 2014 to July 2015. He spent few months at College de France, Paris, in 2013, working with Jean-Paul Laumond.

From October 2015 to August 2019 he has been an Inria researcher (CRCN) at Inria Sophia Antipolis-Méditerranée, France, initially and until December 2017 within the Lagadic Team  and then from January 2018 to August 2019 within the CHORALE Team.

He currently is Assistant Professor (RTD-B) at the Department of Information Engineering (DII) and at the Research Centre “E. Piaggio” of the Università di Pisa.

Since January 2021, he also is coordinator of the Advanced Manufacturing Lab within the framework of the CrossLab project on Innovation for Industry 4.0 (Departments of Excellence), funded by the Italian Ministry of Education, and Research (MIUR).